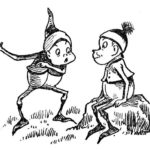 Public opinion is important for political decisions. Politicians change public attitudes. They often turn public disagreement to predominant support for some policies (Mutz, etal. 1996). Long term change of political attitudes is caused by slow development of personality types (Riesman 1950). Research efforts in the field of political persuasion were based on personality stability, rather than media influence. On the other hand, changes in public opinion and social conditions occur frequently.

According to Lewin (1936) attitudes are function of people and circumstances. If individual attitudes change according to the circumstances it makes no sense to perceive their dependence on slow personality change. In recent times researchers have been measuring attitudes as specters of possible acceptance and rejection of ideas, not as points of estimates. Starting point of political attitude change research is variability of public opinion. Research examine how politicians use media for framing and priming. They use chosen arguments to change public perception. Thus, changing the balance of arguments is essential for attitude change. Power of media is not telling the citizens what to think, but rather what to think about. Dealing with public matters politicians often behave strategically, rarely sincere. They speak about general issues, not concrete political decisions. Citizens form their attitudes based on cues. They are aware of main media messages, while ignoring most of news and reports. Citizens interpret interpretations. Politicians think ahead about interpretations, shaping their messages to achieve desired effects.

See whole paper here or on the conference website of 41st National Conference on Quality.