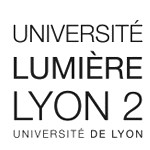 Appearance of internet and its spread to 38.8% of world population from 1995 to 2013 indicate that new media bring significant changes to societies around the world. Features of new media such as interactivity and possibility to use it from anywhere anytime indicate internet may be highly addictive.

Data point to increases in overall media use over the last 60 years. On the other hand, decreases in political participation are registered together with decline in socializing and active membership in professional organizations for the same period. Research questions are divided into large ones relating to examination of what kind of people are more susceptible to becoming media addicts, finding out if people are more addicted to old than to new media and inquiring into consequences of media addiction including its effects to political participation.

Classical thinkers have been examined as basis for hypotheses with special attention directed towards anomie, alienation and mass society. Nowadays literature has been examined as well, focusing on modern social structure, advance of technology, globalization, disappointment with democracy, new media landscape and narcissism. Main presumption coming from examination of different theoretical perspectives is that social changes such as appearance of mass production and expansion of mass media decreased possibilities for expression and increased manipulation of profit interest. This may be causing appearance of frustrations leading towards different kinds of addictions as substitutions for unrealized goals, thus causing decrease in political participation. This decrease makes it possible for “wrong people” to become social agents as they perform representative functions in poor manner, which potentially causes more frustration.

Research was conducted through nationally representative survey in Serbia during 2011. This study establishes new methodology to measure addiction to all media through a single survey; it divides media addicts according to level of their addiction and uses length of media use as objective indicator, for the first time, while it also includes subjective indicators. All hypotheses of this study have been confirmed including main one, saying that increases in media addiction cause decreases in political participation.

Third set of research results indicate consequence of media addiction might be decreased reception & expression capability towards non-preferred media, based on correlations between addicts happy or unhappy with some media and their willingness to receive other media and based on expression potential of different media.

This study is limited to Serbia, while it would be useful to measure media addiction in all countries. New methodology introduced by this study should be improved. Results of further studies should be presented with 3D graphs. Results concerning family as liberating agent of low media addicts may be used to revive and strengthen this “basis unit of society” as a measure against media addiction. Continuation of examination into how media affect expression and reception.

See whole PhD Dissertation here or on the website of University of Lumiere Lyon 2. See PhD Defense Report here. The Degree was recognized by the University of Belgrade.